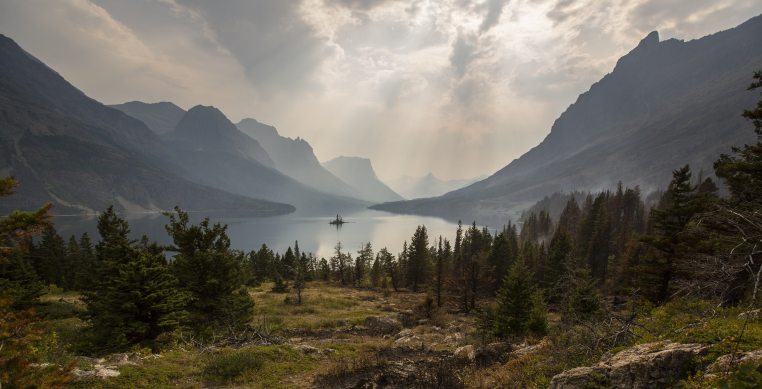 It’s a strange time right now, isn’t it? The world has come to a standstill; stores and schools have closed, many have lost their jobs, families are holed up together for weeks on end, streets are empty.

I am going on my fourth day in self-isolation, after developing some symptoms. I am allowed to go on my patio, but that’s it! So far it’s been pretty restful; I’ve been listening to Bible teaching, catching up on reading, connecting with friends, baking, and watching movies. I guess I’m a major introvert, as I haven’t really missed the outside world much yet!

In a way, though, it feels like a purposeful hemming in, both individually and globally. We have been removed from our busyness and distractions, and forced to stop.

I read the book of Jeremiah recently, and I found this beautiful promise in chapter 31.

Thus says the LORD:
“The people who survived the sword
found grace in the wilderness;
when Israel sought for rest,
the LORD appeared to him from far away.
I have loved you with an everlasting love;
therefore I have continued my faithfulness to you.

The Israelites have broken their covenant with God; they have worshipped idols, disobeyed His commands, and have even performed child sacrifices to the god Molech. Again and again they have despised the law of God and gone their own way, and most of Jeremiah is the proclamation of judgment upon them. They are taken into exile to Babylon for seventy years. So we can see that they face severe consequences for their rebellion.

Yet in the midst of this, we find this promise. God has not abandoned them, He still loves them, and will continue to be faithful to them. The word for grace in the Hebrew can also be translated as favor. Isn’t that astounding? That the people who prostituted themselves and worshipped other gods would still find favor in God’s sight? It is not because of anything they had done, but wholly because of who He is.

Do you see yourself in the Israelites? I know I do. I see how I have turned away and worshipped other gods, whether that is approval of others, or even myself. I see how I have not wholly followed after Him, and how the seeds of those sins are within my heart even if I do not fully act on them. I see how I need to repent daily and turn towards my God again. I am so thankful that I have something greater even than the Israelites did. I have a risen Savior, who has paid for my sins by His blood and freed me from the power of sin and death.

Maybe this season of ‘wilderness’ can be a time of collective repentance and renewal. Will you pray with me that there would be revival, first in our own hearts, and in the Church, and then spreading to the rest of the world? And then write down some ways that you can make that happen practically, whether that means making a schedule and then filling in times to read the Bible and pray, or maybe ending an unhealthy relationship, or making things right with someone. Whatever, it is, God will give you grace to obey Him.

“Come, let us return to the Lord;
for he has torn us, that he may heal us;
he has struck us down, and he will bind us up.
2 After two days he will revive us;
on the third day he will raise us up,
that we may live before him.
3 Let us know; let us press on to know the Lord;
his going out is sure as the dawn;
he will come to us as the showers,
as the spring rains that water the earth.”